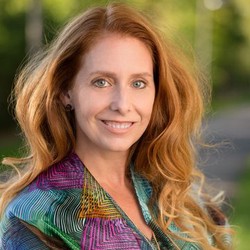 My undergraduate teaching revolves around contemporary German and European history, and I also teach transnational histories of love, hate, sexuality, and everyday life. I also teach about the longue durée history of authoritarianism, populism, and fascism. At the graduate level, I focus on critical theory and interdisciplinary research methods in addition to historiography. My main research interests lie in the history of sexuality and visual culture, especially the role of photography and social media as agents of historical meaning.

My publications reflect these same interests in thinking conceptually as well as historically. My first book Life Among the Ruins: Cityscape and Sexuality in Cold War Berlin (Palgrave Macmillan, 2011) is a cultural history of reconstruction and traces the rebirth of the city’s various subcultures in the aftermath of World War II. I have written book chapters and articles on same-sex sexuality in post-1945 Germany and co-edited a book with Matt Cook (Birkbeck) entitled Queer Cities, Queer Cultures: Europe Since 1945 (Continuum, 2013). Another in German, on the historiography surrounding homosexuality, was edited together with Florian Mildenburger, Jakob Pastötter, and Rüdiger Lautmann, entitled Was ist Homosexualität? (Männerschwarm, 2013). Current projects a monograph on social media and Holocaust memory and I am also exploring the role of erotic photography as a claim to desire, personhood, and sexual freedom in the era before AIDS.